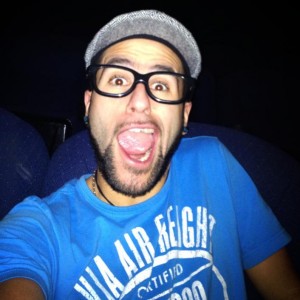 That’s just how I love my life.

Check out below. I hope you enjoy the read 🙂

Meanwhile, you can always connect with me on Facebook : http://www.facebook.com/nsebastiani

Read on my friend!

A long, long time ago, in a land where seasons where changing from hot to cold, was a boy who wanted to change the world.

This boy was very passionate and amazed by all the beautiful things that life had to offer.

Maybe he was too optimistic, too much of a dreamer.

Maybe that’s why his friends called him the dreamer.

It’s safe to say he was one of those solitary type. Not necessarily by choice, since he was a sociable and fun being, but his dreams and his vision kept him apart from the other kids.

He kept dreaming of fulfilling his vision to change the world, but his friends became less and less of dreamers

They became realistic. Thew grow up!

He was even more obliged into his solitary state.

One day, at the age of 17, he met his saviour, his soulmate.

She helped him find his true self, all mixed up in that complicated world.

And it worked, he cleaned up the mess that was made by all of those complication and he once more had faith in his vision.

It is said that she stills help him to this day build the vision he had when he was a little boy.

But life, being what it is, was not less complicated. People usually tend to live by patterns that they are not aware of.

The little boy never like pre-defined patterns… he had to challenge everything.

It was in his nature.

That kept him even farther apart from his friends!

But the life with his soulmate was good… very good!

Along that goodness came upon 2 beautiful and wonderful children.

A little girl and a little boy.

They were so magical.

The little boy who wasn’t a little boy anymore now had mixed feelings about his life.

He was happy and sad at the same time.

Happy because he was surrounded by love.

Love and passion was in everything he did.

And life didn’t make it easy for him to achieve his vision.

So he tried and he failed countless times, in starting businesses and working out ways he could change the world.

So he was happy and sad because he was doing what he felt was the right thing, but he wasn’t alone anymore.

He had the responsibility of his wife and 2 kids.

And having failures upon failures, he got sad, very sad.

But he kept going, having the feeling in his guts that he was doing the right thing for him, knowing that he couldn’t do anything less than change the world.

After all, that was his vision.

And so life was hard on him, but he had love, so it was ok.

Love and passion kept him going, kept him learning from his mistakes, kept him be a better man than he ever was.

And then something happened.

Something that he wasn’t aware of, well not yet at least.

without him paying attention about what surprise life had kept from him, his vision was slowly fulfilling itself.

He was becoming the man he wished he was.

He was starting to do things he wished he did.

He was starting to change lives around him, without even noticing it.

and that was just the beginning.